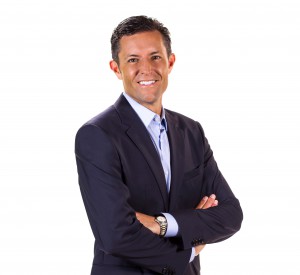 The Key to Progress is Fostering Respect for IP

Louis Foreman has worn his fair share of IP hats—in addition to serving on the IPO Board of Directors and as the current President of the IPO Education Foundation (IPOEF), he is the founder and Chief Executive of Enventys, a product design and engineering firm that he started in 2001 to fill a gap he saw in the resources available to independent inventors for bringing their products to market. Out of Enventys grew the company’s partnership with the USPTO and the Public Broadcasting Service (PBS) to create a television show chronicling “the journey from the sketch on a napkin to the store shelf.” The show, “Everyday Edisons,” is Emmy-award winning and is now casting for its fifth season. Finally, Edison Nation is an online community where independent inventors can submit their ideas—the site has collected ideas from 176 countries—which are then aggregated, filtered and the best chosen to be licensed out to Fortune 500 companies that bring the products to market. And for good measure, Mr. Foreman also purchased Inventor’s Digest seven years ago, a 33-year old magazine he has kept running as “a gift back to the inventor community.”

As an owner of all kinds of IP, an entrepreneur, a businessman and an inventor, Mr. Foreman knows how important it is to help consumers and governments alike understand and respect IP rights. He was called to address the U.S. Congress in 2011 during the long road to passing the America Invents Act (AIA) and he has been vocal about his thoughts on the latest patent reform bills that have been introduced in both the U.S. House of Representatives and the Senate. In addition to all of this, Mr. Foreman has helped IPOEF to forge a joint partnership with the USPTO that will greatly expand IPOEF’s reach to the public, which is expected to be announced soon.

Here, Mr. Foreman kicks off the IPOEF’s official blog and interview series, Innovator Insights, by sharing his own road to patents, his take on some key issues and his thoughts on IPOEF’s role in shaping the larger IP conversation.

I was frustrated by the lack of resources available to help turn those great ideas into products.

I started my first business while at the University of Illinois; by my sophomore year, I was running a business out of my fraternity room, and by the time I left college that initial business, University Sportswear, had turned into one of the largest screen printing and embroidery companies in the U.S. So, my earliest dealings with IP were around trademarks and copyrights—I recognized there was value in those forms of IP. I moved to North Carolina 19 years ago to start a NASCAR-related apparel business, which was also very strong in trademarks. I sold that in 1997, and that’s when I started pursuing my first inventions and filing for my first patents. I realized there was a lot of value associated with patents as well, but I was frustrated by the lack of resources available to help turn those great ideas into products. So, in 2001 I started Enventys.

Do you think the attitude toward IP protection has changed over the course of your career?

“Some of the current legislative proposals around patent reform would make it more difficult for patent owners to enforce their patents.”

I think in terms of startup companies or looking for outside investment, IP is still viewed as a positive thing; it’s an asset and investors will see value in that core asset. It gives you the incentive to go out and create that product. What’s frustrating is that some of the current legislative proposals around patent reform would make it more difficult for patent owners to enforce their patents. For the small, independent inventor, if you make it more difficult for that owner to enforce patent rights, it really eliminates a lot of the incentive to invent in the first place.

How has this patent reform process been different from the process leading up to The America Invents Act (AIA)?

The AIA happened over a very long period of time and it was a very collaborative approach—all stakeholders were involved. No one got everything they wanted, but no one got completely excluded in the process. Ultimately, I think the intent of the AIA was to create greater speed and greater certainty. When the system operated under the “first to invent” rule, there was always this unknown—did someone file before me, is someone going to say they can prove they invented the product before I did and file an interference proceeding? Once it changed to a “first to file” system, the incentive was there to go start your company or build your product rather than waiting around to see if someone else was going to step up. I think in many ways the AIA has delivered on most of what was promised, but I don’t think we’ve really seen the full effect of it yet; I think it’s still too early to tell.

Do you think that patent litigation reform might get to a point where it improves the system overall also?

“When music and videos and movies can be downloaded for free without paying the fair share to the artist who created them, that’s a slippery slope that we go down.”

I don’t know that independent inventors have really had a seat at the table this time around. Which is a big difference from the AIA. In the AIA process, independent inventors played a role in selling it and were involved in the framing of it. This time around it seems the independent inventors are collateral damage. We’re going to be affected and I don’t know that we’re going to be affected positively. It’s a little bit unfortunate, because the reality is that most new job creation is coming from small businesses. We want to know when we go out and start a company that we’ve got that core asset—that patent gives us the ability to prevent others from making, selling or using what we’ve created.

What needs to change?

I think the issue is that right now there’s kind of a rush to act without really seeing what’s happening. Some of the recent Supreme Court decisions are moving the pendulum back, so before we put in new legislation we should really ask, “is this a big problem or is the problem solving itself?” I think we also need to recognize that there’s bad behavior in our industry, but that bad behavior isn’t the entire industry. There are some bad actors and what we’ve got to focus on is how to curb the bad behavior without changing the entire industry. When you’ve got a few weeds in your lawn, you don’t kill the entire lawn to get at the few weeds. A surgical approach to discouraging the bad behavior would be much better than changing the whole dynamics of how the industry works.

What about outside of Congress—what needs to change in order to counter anti-patent sentiment at the consumer level?

I think that people need to have an appreciation and respect for IP. Unfortunately, things have happened over the last 10 years that have caused people, particularly millennials, to question whether IP is really a property right or not. When music and videos and movies can be downloaded for free without paying the fair share to the artist who created them, that’s a slippery slope that we go down, and where does it end? Patents, copyrights and trademarks are property rights and we need to make sure that we respect those rights and recognize that without some level of protection there would have been no incentive to create to begin with.

Where else do you think education is needed?

“We need to make sure the media understands that licensing of patents is not extortion—it’s not equivalent to holding somebody up or imposing a tax on innovation.”

At a college level, IP should be taught as a business class, because a lot of these startups go out and launch companies and don’t really understand how to protect their products. But we also need to make sure the media understands that licensing of patents is not extortion—it’s not equivalent to holding somebody up or imposing a tax on innovation; licensing has been around since the earliest days and it’s why the U.S. patent system is the envy of all other patent systems in the world.

What is the IPOEF’s role in all of this?

What the IPOEF has tried to do with the IP Video Contest, for instance, is to make sure that kids at an early age understand the importance of IP—because if they don’t understand as kids, they’re not going to have an appreciation for it in five or 10 or 20 years. It’s great that IPO had the vision to create the IPOEF; we want to make sure there is respect and appreciation for IP early on. Whether that’s through the Girl Scout IP Patch program—our partnership with the USPTO and the Girl Scout Council of the Nation’s Capital to educate girls about the incentives available to them on the importance of IP—the video contest; our joint venture with the USPTO to expand the reach of programs like the IP Patch through increased advocacy; by recognizing the successes of innovators with awards like the Distinguished IP Professional and the Inventor of the Year; or, now, through the Innovator Insights blog series. The IPOEF works in a number of ways to promote IP, but also to celebrate it.

We hope that by telling inventors’ and other IP stakeholders’ stories, we can help to counter some of the negative connotations associated with patent, trademark and copyright protection in the media. Because the perception that IP actually interferes with innovation is crazy when you think about it—we wouldn’t have most of today’s big innovations if there were no path to monetization.