IPO Education Foundation presents the 2019 IP Champion award to Director Andrei Iancu. Director Iancu has led the United States Patent and Trademark Office for a year and a half; during that short time, he has shown extraordinary leadership in advocating for the value of intellectual property to stimulate progress in innovation. Through numerous speeches, testimony and interviews with mass media, he has vigorously advocated restoring the strong, reliable U.S. patent rights needed to boost incentives to invent and invest in leading the world in emerging technologies such as immunotherapy, personalized medicine, genetic medicine, artificial intelligence, quantum computing, 5 G telecommunications, autonomous vehicles and many others.

Prior to joining the USPTO, Director Iancu was the Managing Partner at Irell & Manella LLP, where his practice focused on intellectual property litigation. Iancu appeared in a variety of high-profile matters in front of the USPTO, U.S. district courts, the U.S. Court of Appeals for the Federal Circuit, and the U.S. International Trade Commission. Director Iancu has also taught patent law at the UCLA School of Law and has written and spoken publicly on a variety of intellectual property issues. Prior to his legal career, Director Iancu was an engineer at Hughes Aircraft Company. 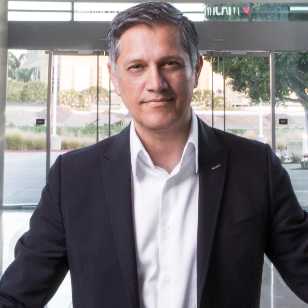