IP Owners Need to Get Personal to Inspire Respect 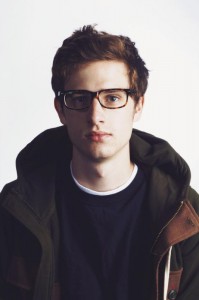 In this first “Future Innovator Insights” interview, Mr. Kloster explains how the IP Video Contest helped him to appreciate IP rights, what his generation thinks about IP and how IP owners can better interact with young people to foster respect for IP—particularly on the Internet.

How did you learn about the IP Video Contest and what was the inspiration for your film?

I saw the ad for the contest at Onlinevideocontests.com; there are so many contests posted on that site that it’s easy to keep scrolling past most of them, but the idea of IP was familiar for me. I’d always heard the terms “copyright” and “trademark” and I knew patents were related. As I researched more about them, my favorite aspect of patents was that they represent protection. Protection is synonymous with superheroes in my mind—they’re there to protect, just like patents. So that’s where the inspiration came from.

Where had you heard about copyrights and trademarks?

I don’t think I was ever taught about them in school, they were just always sort of an underlying influence—they were always there. I never had a full grasp or understanding of what they were until the contest.

Since then, has the importance of IP changed for you?

In the film industry right now, it’s an entrepreneur’s game more than ever. It’s your idea that could carry or launch your career. So as an artist, I’m very concerned with IP and being able to protect those creative expressions.

Do you think your peers have a good grasp of IP?

The Internet casts a veil over the artists who put their stuff out there—it’s easier to steal from someone you don’t know.

I think they do, but I think my generation writes it off a little too quickly. Those anti-piracy Public Service Announcements have become sort of a joking matter; I’ve even seen big TV shows make fun of them. The Internet casts a veil over the artists who put their stuff out there—it’s easier to steal from someone you don’t know and who you know you’ll never see in your life. That’s the problem with piracy and the Internet.

But what I do see is a respect for IP when it belongs to friends, family or even someone in your neighborhood. I grew up in Minneapolis, which has a huge arts scene these days, and I think part of the reason we respect the ideas of people from where we’re from is that we take pride in our local artists. We would never think of stealing from or harming a local artist, but the Internet really distances people from the crime.

Demands are less effective than inspiring people to band together about something.

So how can IP owners interact more effectively with younger people and communicate in a way that inspires respect?

Well, obviously the scare tactics haven’t worked, and I think having a spokesperson would be too pushy. It would have to be an approach that breaks down the wall and gets rid of that third party [the Internet] so people are able to see the artist’s face and interact with them as they’re purchasing or viewing or listening to their content. It’s the million dollar question. It will involve trial and error until we get it right I guess, but it should definitely be more of a social movement than an ad campaign. Demands are less effective than inspiring people to band together about something.

What advice do you have for future IP Video Contest contestants?

Through these contests, I’ve learned that if you put in the work, it will pay off; flying out to DC and winning a $5,000 scholarship was such an incredible honor. During the Foundation Awards Dinner, I talked with some of the most inspiring people I’ve ever met; I still remember the conversations we had. It put a fire in my belly to keep going, because losing 10 or 20 contests is worth winning that one. So I would say, your work will pay off—just keep at it.

The 2015 IP Video Contest is now open and accepting submissions! Teachers can share the contest with their students for a chance to win the $1,500 Teacher Referral Prize for their classroom. To learn more about the contest and to watch videos from past winners, including Lewie Kloster’s, click here.