Two of the six drugs on the list of IPOEF’s 2016 Inventor of the Year Award winners are Bristol-Myers Squibb’s (BMS’s) OPDIVO and YERVOY, which are approved both individually and in combination by the U.S. Food and Drug Administration. OPDIVO is approved to fight melanoma, lung cancer, kidney cancer, and blood cancer, while YERVOY is approved to target metastatic melanoma. Used together, they are the first immunotherapy combination to be approved for metastatic melanoma, regardless of “BRAF” status (BRAF is a type of human gene that can be a predictor of outcome in response to targeted therapies, depending on whether or not mutation is present). The treatments are designed to uniquely harness the body’s own immune system to help restore anti-tumor immune response.

Dr. Alan Korman will be representing BMS at the IPOEF Awards Dinner, along with his colleague, Dr. Mark Selby. Dr. Korman is the Vice President of Immuno-Oncology Discovery at Bristol-Myers Squibb in Redwood City, California, and a molecular immunologist by training. He received his Ph.D. from Harvard in 1984, and was a Whitehead Fellow at the Massachusetts Institute of Technology (MIT) from 1984-1989. He worked at the Institut Pasteur in France for three years, before moving back to the U.S. to work for a biotechnology company. Dr. Korman spoke with Innovator Insights to describe his role in developing OPDIVO and YERVOY, what they do, and how.

What is your background and what was your role in developing these treatments?

These molecules allow a patient’s immune system to directly combat the tumor.

In 1996, I started the CTLA-4 (YERVOY) project, after hearing about the work of Jim Allison, who studied the anti-tumor activity of CTLA-4 antibodies in mice. [CTLA-4 is a protein receptor that turns off immune responses in the body]. I eventually began working with Nils Lonberg at Medarex and then later joined Medarex in 2000. Many people were involved in this work (see below). At Medarex (which was acquired by BMS in 2009), we began work on the PD-1 [a protein receptor] and PD-L1 [a ligand, or molecule that binds to the PD-1 receptor] molecules in 2001 together with Mark Selby, and out of this work came Nivolumab (OPDIVO), and eventually the use of both of these molecules in combination.

What do OPDIVO and YERVOY do, and how?

OPDIVO and YERVOY are “monoclonal antibodies” that target the “checkpoint molecules,” PD-1 and CTLA-4, respectively. These molecules are negative regulators, or “brakes,” on tumor reactive T cells and are present on other types of T cells. Blocking the activity of these molecules allows these T cells to now kill tumors. Essentially, they allow a patient’s immune system to directly combat the tumor. 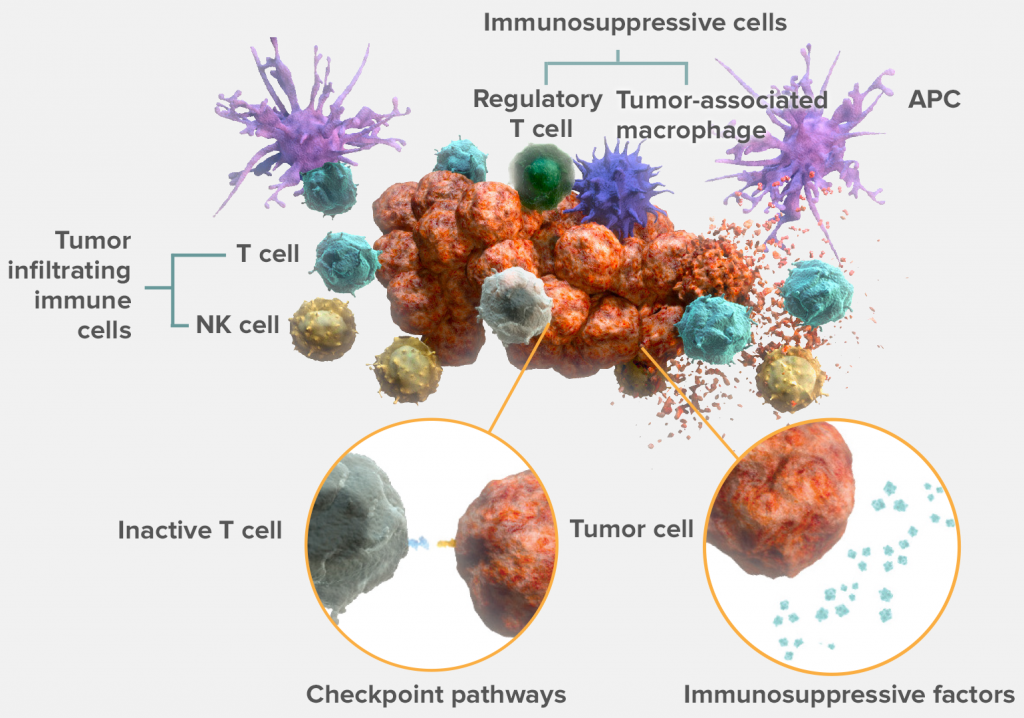 How is it a step forward for cancer treatment or an improvement over previous approaches?

Immunotherapy is now considered one of the pillars of cancer therapy (the others being chemotherapy, radiation therapy, targeted therapy, and surgery). As I mentioned, these medicines release the “brakes” and enable the immune system to recognize and fight tumors. They offer the possibility of durable anti-tumor responses and—in some cases—with limited toxicities as compared to chemotherapy or targeted therapy for cancer.

What role have patents played in your work—have you had to learn a lot about them along the way?

Immuno-oncology represents one of the most promising avenues of durable cancer therapy.

The drugs and sometimes the method of use of these drugs are the basis for patents. Many scientists do not receive any training in patents at school or at work, but learn about them along the way when working closely with patent attorneys to file any inventions arising from their work.

What do these drugs represent in the larger effort to cure cancer, and what are your hopes for the next decade or so of cancer treatment based on your success here?

Immuno-oncology represents one of the most promising avenues of durable cancer therapy and has shown activity in many tumor types. The medicines utilize the immune system to combat various malignancies. Immuno-oncology agents have been recognized as an essential component of most future therapies, and the Cancer Moonshot program of the U.S. government is also working to enhance this understanding of cancer immunology by supporting basic research in this area.

What does receiving the award mean to you?

Drug developers usually work behind the scenes, but the potential to have our medicines approved and benefiting patients is our ultimate goal. It’s an honor to be recognized for our work on these medicines.

The OPDIVO and YERVOY Teams